Happy Mother's Day... a dedication for all those mothers in horror!

It's Mothering Sunday here in the UK, so I hope everyone has had a day of either being spoilt rotten by their offspring, or else showing their mothers how much they mean to them.

It's true that you never know the amount of sacrifice made by your parents until you become a parent yourself, so today's post is dedicated to the 'mothers' in horror and the lesson we may learn from them about how NOT to raise your child...

Possibly not the best example of a great mother, Norma preaches to her son, Norman, that all women are whores (except herself of course)and sex is evil. They live together in an unhealthy state of co-dependence until Norma takes a lover and drives Norman insane with jealousy. He then kills Norma and her lover and preserves his mothers corpse. Norman goes on to develop a split personality, taking on his mother's identity, and goes on to kill anyone who threatens his belief that his mother is still alive. 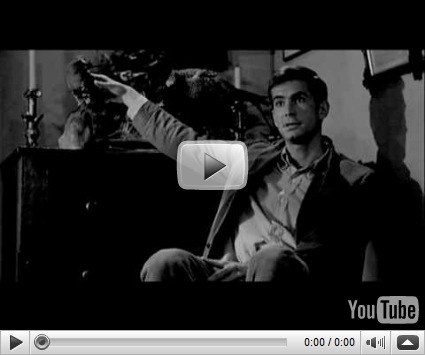 Okay, I'm probably stretching the definition of 'mother' on this one, but in the third Alien movie Ripley becomes implanted with the Queen alien embryo. Despite others wanting to surgically remove the embryo she refuses, but then surprises them all by throwing herself into a giant furnace just as the queen is bursting from her chest. She still manages to grab the alien and drag it down with her, but you feel her emotional pain as she is doing it. Some part of her feels empathy for the alien.

You've got to love Ripley as a character. She is the ultimate tough bitch who is harder than all of the men she works with, but she still manages to have a soft side that makes you love her. She is a mother, but her daughter dies at the age of 66 while Ripley is in hyper-stasis. This loss and then her subsequent 'adoption' of Newt, a child she saves from the aliens in the first Alien, makes you warm to her otherwise tough character.

Now this is a woman to contend with. One hell of a tough cookie, she will do anything to protect her son, including sporting some serious firearms and muscles that would make a grown man weep. 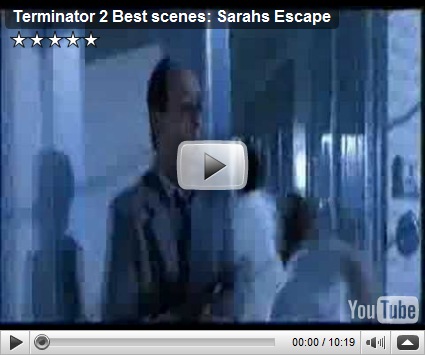 Happy Mother's Day to them all!

Posted by Marissafarrar at 17:00