I'm so excited today as my new book for my brand new series releases! I love all the books I write, but sometimes I write something that just feels special, and 'Through a Dragon's Eyes' has been one of those books. I hope you'll love it as much as I do, and some of the early readers have as well. Here are some of their comments - I hope they won't mind me sharing!

'I need the next book right now!! I loved it so much, every single thing...' Sarah.

'Loved all the characters...' Camri.

'Can't wait for the next book...' Christina.

She lost her brother, now will she lose her life?
Ever since the Treaty was signed after the Great War, one hundred and fifty years earlier, the separate races of Xantearos have been divided. Only every six months do a select group come together for the Passover—a time to trade much needed produce.

In the human city of Anthoinia, Dela Stonebridge has already lost her brother to The Choosing, and now it is her turn. The grueling journey across the mountains, through the Southern Pass, is always dangerous,, but when magic and madness descends, she discovers herself exiled with the leaders of the three other races—the Elvish, Moerians and Norcs.

With the Treaty broken, they learn the secret to the unity of Xantearos lies in a magic long thought dead... that of the Dragonstone and the Dragonsayer.

Can they put their differences aside and work together to make their way back to their homelands? Or will they be walking into a war between each of their races? 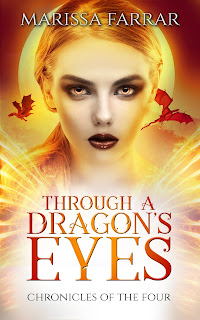 Watch the amazing trailer and enter the giveaway below!