Not literally, of course! No, instead I'm heading off at a ridiculously early hour tomorrow morning to catch a flight with my two girls over to my parents house in Spain. While there, I'm planning on lazing around by the pool, eating lots of tapas and drinking lots of Sangria, while my parents take care of my kids (I'm kidding, Mum, honest!).

Last year, I took my laptop and only opened it once, so this year I'm leaving it at home. Instead, I'm taking my lovely kindle, which is currently crammed full of TBR books, and a brand new notepad. I'm planning on working out some details of a new series idea that has recently inspired me, and maybe even a short story or two!

As for the projects I'm leaving here, well I know everyone is waiting to hear news about the next Serenity book! The  good news is that the first draft is almost done. I've literally just got the final few chapters to write. However, I don't plan on going back to the book until my next novel, Underlife, has been published. I want to be able to focus purely on the Serenity book and I've needed to spend the last month rounding off some open projects. I'm still on for an October release of Dominion though - so don't panic!

So I won't be around for a while, but I will still be checking in (yes, they do have the Internet in Spain!). Hope you all have a great couple of week - I know I will! :-)
Posted by Marissafarrar at 10:02 32 comments:

My experience with Kobo Writing Life so far... 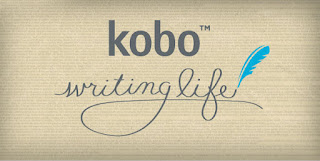 A few days ago, I wrote about how Kobo had launched its first e-book publishing platform - Writing Life -one that may eventually come to rival Amazon's Kindle Direct Publishing. I was excited and eager to get my books up on the site as I love to see my books sales in 'real' time and not have to wait until Smashwords decides to report them.

So, how have I been getting on?

The answer to this would be 'slowly.' It turns out my tried and trusted formatting for Smashwords doesn't work so well for the epub conversion on Kobo. Or at least it does... for some books... not so much for others. And considering all the books have been formatted in exactly the same way, I've no idea why this is! So, I've been playing around with different formatting, using 'Heading 1' to create an automatic TOC, but again, in some books this is working fine, in others it isn't! I'm sure the formatting experts around won't be struggling with this at all, but I'm finding it a bit of a head-ache.

Secondly, I'm finding the actual publishing process (that is, the time I've hit the publish button to when it actually appears on the site) to be very slow. Two of the books I already had published on Kobo (the Serenity series) and had removed by Smashwords, went up quickly, but a new book, which I published on Thursday, is still not showing on the site.

One final negative, before I start on the good stuff, is the lack of categories Kobo has available to choose from. For romance - which is the biggest genre out there - they only have four categories, and one of those isn't paranormal romance! Considering this is the second category in which I would normally place my vampire series (after Contemporary Fantasy) this leaves me in a bit of a quandary.

However, on a positive note, apart from the conversion issues (which are more due to my lack of knowledge than any fault of Kobo's) the upload process is pretty simple. And - the best part! - you are able to download the epub file to use as you wish, which is fantastic. I also like the ability to over-ride the automatic conversion price to either round up or round down in Hong Kong, and Australian, and New Zealand Dollars, among other currencies.

But here is the big thing, so far, sales have been (drum roll please) a big fat Zero! Now I admit I've only got a couple of books up so it isn't really a fair comparison, but considering my sales on Amazon, B&N, and Apple are easily enough for me to support my family on, not having sold anything yet is a little disappointing.

However, I'm planning on looking at this long term. Kobo are only just starting to build their own sales platform. If they're going to be the next big thing in self-publishing, I plan to be right there beside them!
Posted by Marissafarrar at 09:49 No comments:

Just now I received the email to alert me, along with numerous other indie authors and publishers, that the new 'Writing Life' platform  from Kobo is open for business! This platform has been heralded as the next big competitor to Kindle Direct Publishing (Amazon) so I was keen to jump on board.

The first thing I did was register (a quick process) and then I went and removed all my books from the Kobo Smashwords channel. I've seen a few sales come through this channel, but Smashwords are so slow with upload and sales reporting, I'd much rather see the sales come in real time directly via Kobo.

Kobo are paying 70% royalties on higher priced books, so are a good competitor as far as comparing them to the other big publishers (Amazon pays 70%, but Barnes & Noble Pubit, only 60%). I believe they're also saying (and please correct me if I'm wrong) that they're happy for you to take their ePub conversions for you to sell and use as you wish. For me this is a big draw. I struggle with getting ePub files properly converted, and Smashwords doesn't allow you to use their conversions anywhere else.

Well it's ten-thirty at night here in the UK, so I don't intend on starting any uploads tonight. However, tomorrow I'm going to be getting right on it. I'll be sure to report back if their upload and conversion processes are as easy as I've heard from the hype!
Posted by Marissafarrar at 23:33 4 comments:

Manually Creating a Table of Contents for your eBook.

Creating a Table of Contents with active links in Word is actually pretty simple, but took me forever to figure out. It was only thanks to another author, Danielle Gavan, that the ball finally dropped, and then I wondered what all the fuss was about! I know there are ways to create a TOC using headings, etc. but this is simply the way I do it.


This is the one part of the document where I might use a 1.5 sentence line spacing instead of single.

1.    Create a title: i.e. ‘Table of Contents’! Underline or make the title bold.
2.   Hit ‘return’ a couple of times. Type in your chapter numbers or titles, hitting return after each one.
3.   Go through your document and ‘bookmark’ each chapter title. You do this by clicking right before the chapter title, then going to the tool bar at the top and simply clicking ‘bookmark’. Don’t put a space in your bookmark name as the whole bookmark box will grey out. You also need to remember to bookmark your table of contents as ‘TOC’ so you can link back the chapters to the TOC.
4.   Go back to your TOC. Now you have all your chapters bookmarked, linking them is easy. Start at the top and work your way down. Select the chapter title in the TOC, so it is highlighted. Then right click and select ‘Add Hyperlink’. This will open another text box. Now select ‘add to place in this document’. All your bookmarks will pop up, so simply select the one that matches your chapter title. If it’s active, the link will turn blue and underlined. Hold down ‘ctrl’ and click on the link to make sure it takes you to the place in your document that you want it to!
5.   Repeat this for the whole of your Table of Contents.
6.   Now you want all of your chapters to link back to your TOC heading. Go through your document and on each chapter heading, select, then right click. Choose Hyperlink and link each chapter back to your bookmarked TOC heading. You can even use your newly created links to hop back and forth between your chapter titles and the table of contents so you don’t have to scroll through the document every time. After you click on the link, the colour of the link will change from blue to purple, but don’t worry, it doesn’t make any difference to how it works!
7.   Ta-da! Your Table of Contents is done!
Posted by Marissafarrar at 13:45 No comments: