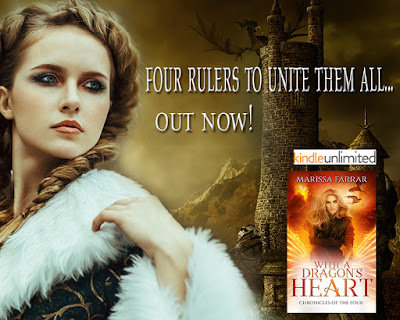 'With a Dragon's Heart', book two in my Reverse Harem fantasy series releases today, and not only that, book one 'Through a Dragon's Eyes' is on a kindle countdown deal! 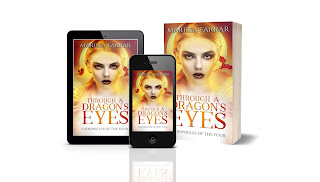 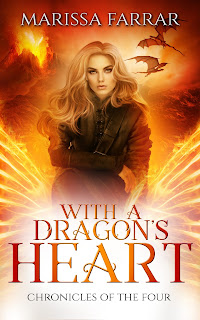 Cast to the north by Elvish magic, human Dragonsayer, Dela Stonebridge, has learned of her ability to communicate with dragons.
By her side stand three leaders of their own races, each sworn to protect her while they battle to unite their people. Warsgra, the warrior Norc, strong and fierce. Orergon, the leader of his tribe of Moerians, the hunter and protector. And Vehel, the Elvish prince, whose illegal use of magic has broken the Treaty between their kinds.
In the south, a Second Great War has begun, and the only way to stop it will be through Dela’s abilities ... if she can learn to control them.
With magic and death at every corner, Dela must fulfil her destiny... or die trying.

Get 'With a Dragon's Heart' from Amazon, or read for FREE with KU!

And if you want the chance of winning a $10 Amazon gift card, just enter the rafflecopter below! Good luck and I hope you enjoy the books. 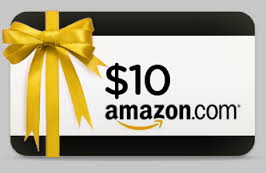 Posted by Marissafarrar at 13:37