As I'm sure you're all aware by now, I've re-released my vampire novel Alone. While I'm thrilled with the book's facelift, unfortunately one of the things that happened during the change over is that I lost all my reviews and ratings :-(

So, I'm in need of your help. If you were one of the wonderful people who originally wrote me a review for Alone, I'd be forever in your debt if you rewrote the review either on Amazon or on Barnes & Noble (or both would be even better!).

I did go to the trouble of copying and pasting all of my reviews, so if you can't remember what you wrote, just email me at marissafarrar@hotmail.co.uk and I'll be happy to sort through the reviews and email your one for you to copy and paste.

I really hope some of you will get in touch. It was a huge disappointment to lose all of my wonderful reviews but it felt like a price worth paying. Reviews are so important to both readers and authors!

Thanks everyone!
Posted by Marissafarrar at 18:15 5 comments: 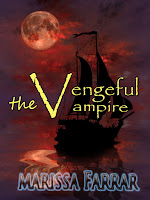 So I now have page after page of almost illegible notes to write up. On top of that, I also have the new deadline for the sequel to Alone, which is entitled, Buried. As soon as Alone is up, I'll be turning my editing eye to Buried and hope to have the book up for sale by the end of October.
Posted by Marissafarrar at 10:23 3 comments:

This time last week I set up a facebook ad for my short story collection 'Where the Dead Live'. I wanted to test out how well the ad worked before bothering to consider using ads as part of my promotion for 'Alone' when it is relaunched (and I'll be done with edits today, hurrah!).

So, I only wanted to spend a small amount of money as this was more of a tester than anything else. The way facebook ads work, you're basically paying for each time a person clicks through to your facebook page via the ad. You can choose the limit on how much you want to spend each day and once the money has been used up, the ad is withdrawn until the next day. You also decide how long you want the campaign to run for. I went for eight days at £3 a day, which totalled in a £24 spend.

Initially, I saw a definite jump in sales. I went from selling one or two books on Amazon a week to selling seven in the first four days. However, after that sales dropped off again. The main thing I noticed was a definite increase in the number of 'likes' I had on my page. I went from 221 likes to 256 in a week, an increase of 35 likes which I was really pleased with. Normally, I'll add a couple of 'likes' to the page in a week so this was a huge jump.

Because of the initial jump in sales, followed by the tail off, I've decided for my 'Alone' facebook ad campaign, I'm going to spend more money over a shorter period of time. I've decided to spend £10 a day over three days to try to give the book a good boost as a 'new' release. Getting a book up those sales charts early on really helps because it makes the book more visible to those who otherwise might not have stumbled across it. I'm also going to focus the ad on people with precise interests in vampires/vampire romances/etc. Dare I say it, I'm even going to aim the book at Twilight fans and also fans of The Vampire Diaries.

So I'll definitely use facebook ads again. They turned out to be a relatively cheap and VERY easy way of advertising. I will be using it in the future as well as for my 'Alone' campaign. I don't think its the be-all and end-all but I think used in combination with blog tours etc. it certainly doesn't do any harm!

Oh, and here is a link to my facebook page should any of you want to check it out. I hope my results prove useful to all you other authors trying to find ways to promote. I know its a long, hard slog!
Posted by Marissafarrar at 10:01 12 comments:

Working to a deadline...

Two weeks today I'm off to Spain and I'm certainly feeling the pressure as far as hitting targets and deadlines I have. It's funny, because even though I'm technically working for myself, I have so many commitments as far as hitting deadlines for short stories which are due in and scheduling blogging posts, that often the main goal of actually writing, editing and publishing a novel takes second place.

I came across a phrase the other day...


'Every single thing in life depends on the amount of commitment you put into it. If you commit, you'll succeed.'


Of course, this phrase can be applied to a number of different things in life, but for me it rang most true in my writing. I first decided to write seriously just as I was completing my Zoology degree. I'd already decided I didn't want to follow the Zoology route and thought the fact that the hours I was supposed to have spent doing animal behaviour observation, I actually spent with my notebook conjuring up some fantasy world or another, was enough of a hint to tell me where my heart lay.

That was over ten years ago now and I'm finally able to write as a living. I'm probably not quite pulling in a full time wage yet but I'm hoping that the success I've seen in my other writing, I'll also get in my paranormal fiction.

So when people ask me why I'm putting so much pressure on myself when I technically work for myself, I'll refer them to the above phrase. Only by committing fully to something will you ever be able to know if you can make it a success.
Posted by Marissafarrar at 17:46 5 comments: