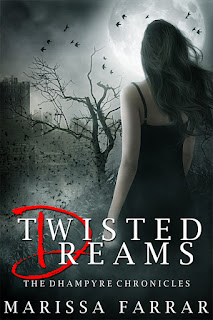 First book in a brand new New Adult Paranormal series! Available for $0.99 on  iBooks, Amazon, Barnes & Noble, and Kobo. In ebook, paperback, and audio! Born of a vampire father to a human mother, Elizabeth Bandores’ life was never going to be normal, so she can’t imagine why she thinks starting college will be any different. Having grown up in the affluent Hollywood Hills of Los Angeles and desperate to escape, she decides on the small college town of Sage Springs. With dreams of being a writer, she joins the college newspaper and is introduced to blond, confident Flynn Matthews, Sage Springs’ rising swim star. But a carnival has set up in the small town, and the boy running the Waltzer catches her eye. Dark-haired, leather-jacketed Riley is rude, with an air of danger. Elizabeth can’t help but notice him. And when an accident thrusts them together, she discovers he’s noticed her, too. Sage Springs isn’t the quiet little town Elizabeth had hoped for. The forests bordering the town harbour a dark secret—one some of the residents have been trying to protect, and the leaders of the carnival have set in their sights... ***Please note, ‘Twisted Dreams (The Dhampyre Chronicles: Book One)’ is a spinoff of Marissa Farrar’s dark vampire series, ‘The Serenity Series’. However, you do not need to have read ‘The Serenity Series’ in order to read ‘The Dhampyre Chronicles.’*** 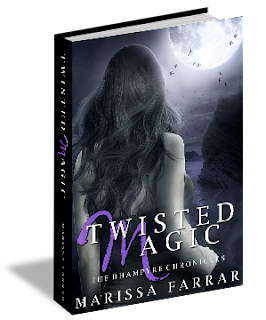 Book Two in the Dhampyre Chronicles! Available on iBooks, Amazon, Barnes & Noble, and Kobo. In both ebook and paperback!

After almost dying at the hands of the carnival people, Elizabeth is settling in at Sage Springs. Dealing with the difficulties of juggling college and being half-vampire doesn’t seem so bad now her new life involves sexy, Irish biker Riley.
When a girl is found murdered on the beach, Elizabeth realizes she has dreamed about the killer, and she is thrown into a whole new situation. Someone appears to be picking off her friends, one by one, and she thinks she may be next.
But there are too many things she can’t explain, from the sudden fog that appears to have taken over Sage Springs, to the thing she believes may be hidden within it.


Is a person trying to kill off the witches of Sage Springs, or is something far more sinister in play?