Happy Halloween everyone! It's one of my favourite days of the year, where I am allowed to indulge in my love of all things that go bump in the night without looking like a weirdo!

Thank you for inviting me over today, it’s great to be here. I love nothing more than setting my novels in my beloved London. I lived there for several years and for the entire time I felt immersed in history and surrounded by the echoes of the past.

One of the best parts about London is the fabulous old pubs, they have great names, are full of atmosphere and once you’re inside, with friends, it’s as if the rest of the world has melted away. Sometimes they’re a bit tatty, the floorboards wonky and more often than not you have to negotiate stairs to find the restrooms, but I love these places. 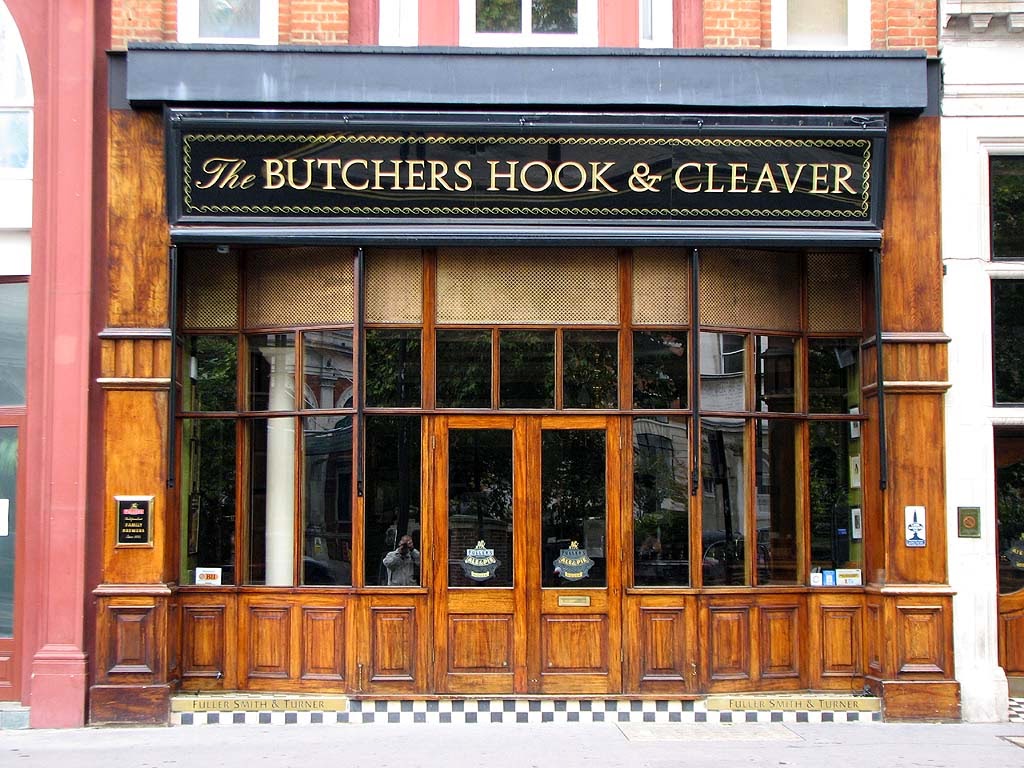 Non more so than The Butcher's Hook and Cleaver which is where I got the inspiration for Bite Mark. This old pub is set opposite Smithfield Market which has been trading meat for over 800 years and is now homed in a glorious Victorian building. Mr H and I were in the area on a cold, damp December day a few years ago. A thick fog was hanging around, it had been all week, and to be honest, it was pretty damn creepy outside. The market was quiet and still as it shuts up mid morning and there was a definite Jack the Ripper feel to the area with no one around and visibility diminished. The pub was so welcoming, warm and cosy and Mr H unexpectedly bumped into some people he knew. It was while he was talking and catching up that I looked out of the window and saw a man —posh suit, cane, top hat—walking purposefully with his head tipped upwards past the market. Aimery was born in my imagination! A vampire lawyer working for the Worshipful Company of the Ancient Order (Worshipful Livery Companies are a real thing in London BTW) who has a tendency to hang around the meat market, enjoying the scents of blood that lace the air. 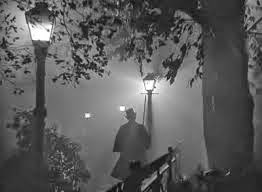 Aimery has a friend, Ryle, equally gorgeous, equally vampish in his ways. And together they hook up with butcher girl Beatrice who seeks their help to find her missing friend, Denny. Beatrice is one lucky lady to have not one but two sexy vampires who are out to seduce her and keep her safe.

When I came to the end of writing Bite Mark I found myself leaving my characters in a bit of a pickle! You see The Carlton Pack—a group of wolf shifters who have history with the Ancient Order—demanded to have their story told too. Soon I was far from London, deep in the Canadian Rockies, letting them have their say in the novel Claw Mark , because after all, every story has two sides, and Beatrice is lucky enough to see both the vampires and the shifters. 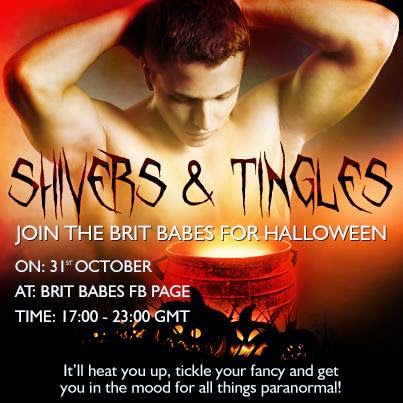 I hope you’ll check out Bite Mark and Claw Mark. Remember, do read Bite Mark first. Oh, and if you’re around on Halloween then check out the Brit Babes Shivers and Tingles Facebook Party! It’s going to be great fun with contests, gossip, sexy pictures and steamy excerpts from all The Brit Babes.

Thank you for reading. 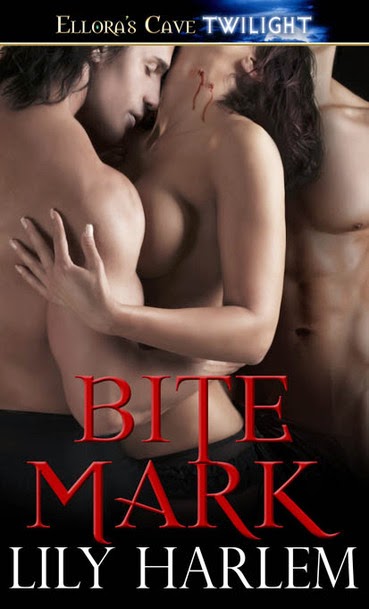 Life in London as a butcher girl is hard enough, but when my best friend Denny went missing it became miserable. So stumbling into the Worshipful Company of the Ancient Order while searching for him was like a breath of fresh air. Especially because sexy, sophisticated Aimery promised to help me.

But Aimery’s friend Ryle wanted in on the action. My head was spinning, my body reacting to theirs whenever they were around. But I had questions: What was their obsession with my rare blood type? How did they always appear when I needed them? And how old were they? 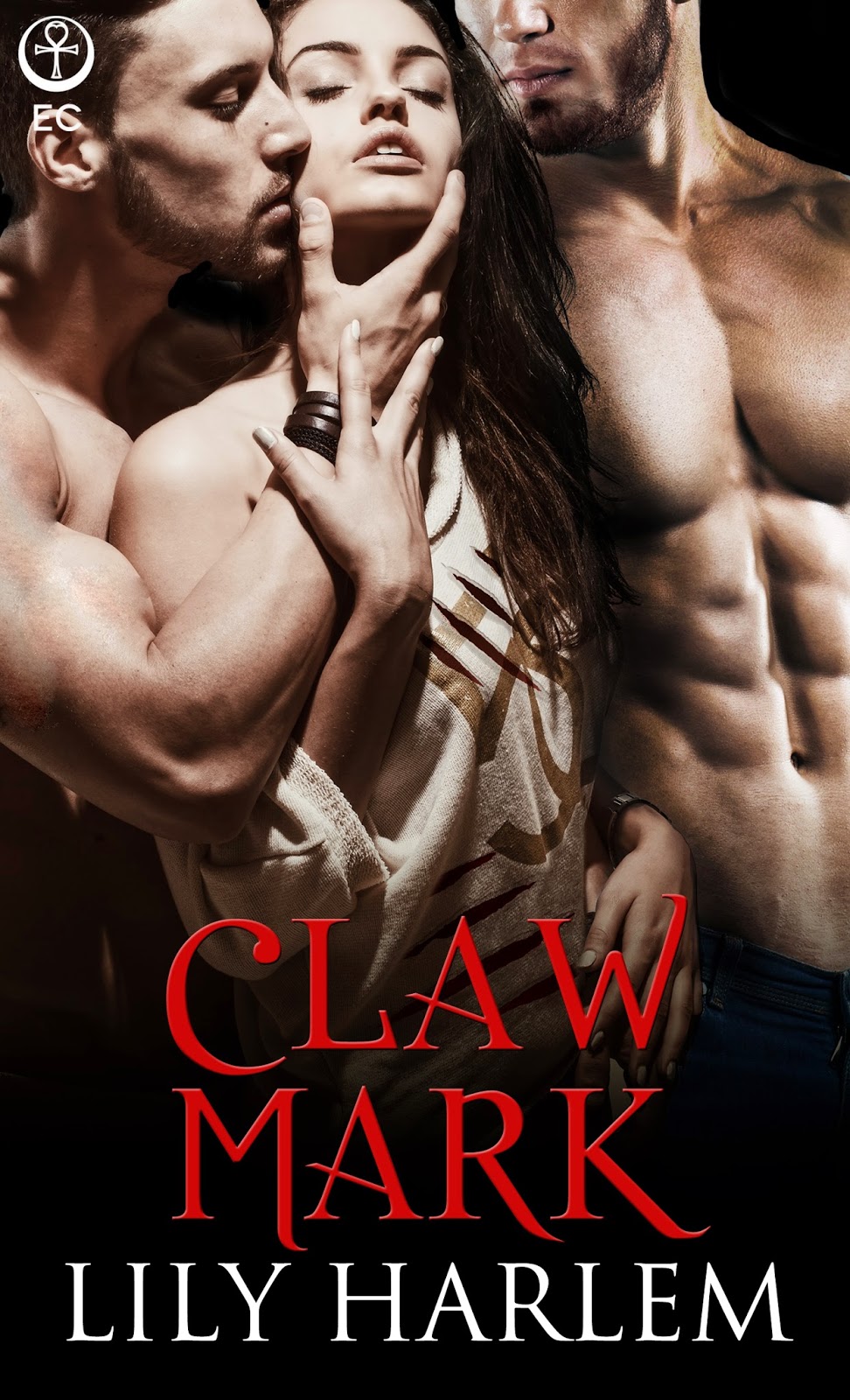 This book is a sequel to Bite Mark; to ensure full enjoyment of this book, please read Bite Mark first.

Being married to two sexy vampires is as exciting as it is dangerous. One minute I’m on top of the world, the next I’m running for my life. But it’s okay with Aimery and Ryle at my side—they’ve sworn to love and protect me and keep me satisfied until I’m old and tray.

But when everything crashes down, literally, I can see no way out of the darkness—death my best option. Until two unusual men come bounding to my aid.

Gentle Caleb and prickly Isaac have secrets. They’re full of passion, desire, love and lust and their isolated lives are weaved with mystery. But I know what they are. I’m also craving some serious satisfying, a distraction from my dilemma, and it seems these guys are up for the job.

Will my life always be turbulent, terrifying and tempting beyond belief? Nothing is certain in a world of vampires and shifters. 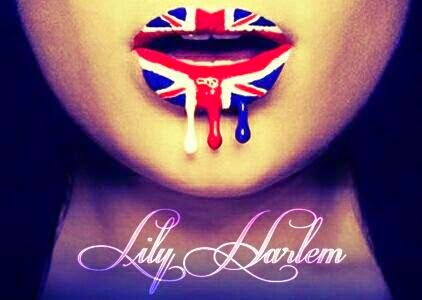 Before turning her hand to writing Lily Harlem worked as a trauma nurse and her latest HarperCollins release, Confessions of a Naughty Night Nurse, draws on her many experiences while nursing in London. Lily also self-publishes and The Glass Knot and Scored have been blessed with many 5* reviews since their release in 2012.

Her novel, Breathe You In, a super-sexy romance with a twist that will not only heat you up but stay with you for years to come, was named a USA Today Reviewer’s Recommended Read of 2013.

Lily also co-authors with Natalie Dae and publishes under the name Harlem Dae - check out the Sexy as Hell Box Set available exclusively on Amazon - The Novice, The Player and The Vixen - and That Filthy Book which has been hailed as a novel 'every woman should read'.

One thing you can be sure of, whatever book you pick up by Ms Harlem, is it will be wildly romantic and down-and-dirty sexy. Enjoy!

Posted by Marissafarrar at 11:15 2 comments:

Unless You Can Be A Unicorn...

Happy Release Week Sale for Unless You Can Be A Unicorn by Delphina Henley!!!  Only $.99 for one week only! 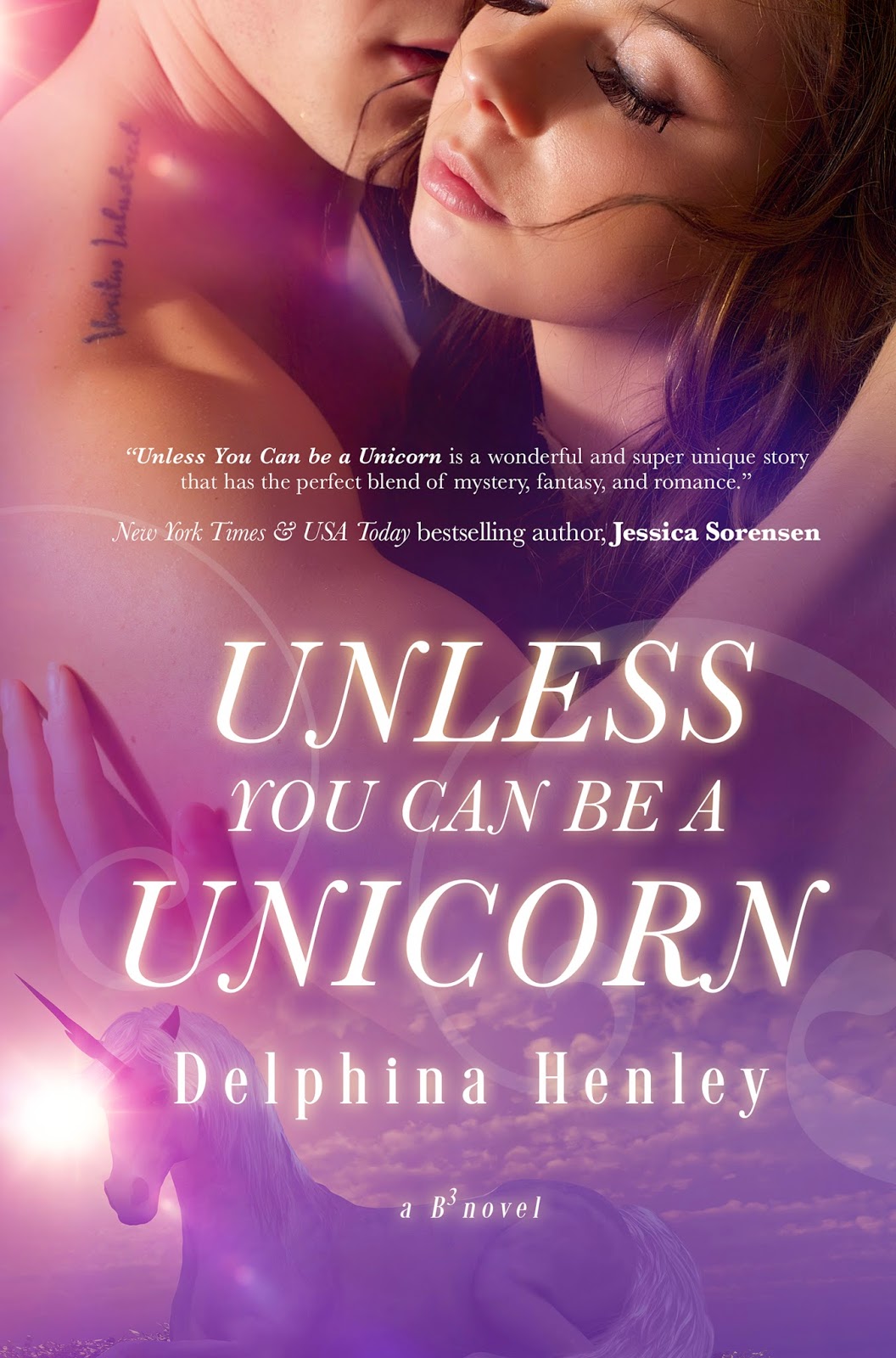 Always be yourself... that was the last advice Scout's Grandma Nora gave her before she died. Scout has spent her life trying to be anything but, but she has a chance to start anew as she moves several states away to college. She had always thought the glowing aura she saw around some people was a childhood fancy, but when it starts coming back just as she's starting her new life, she learns there was much hidden about who she truly is.
Thankfully, she has a motley crew to help her along the way: a spunky bookseller, a trustworthy pub owner, a commanding grandmother, a possible best friend, and a hot rocker boy who only has eyes for her.
Unless You Can Be A Unicorn is a New Adult Paranormal Romance with content appropriate for a Young Adult audience.
Amazon 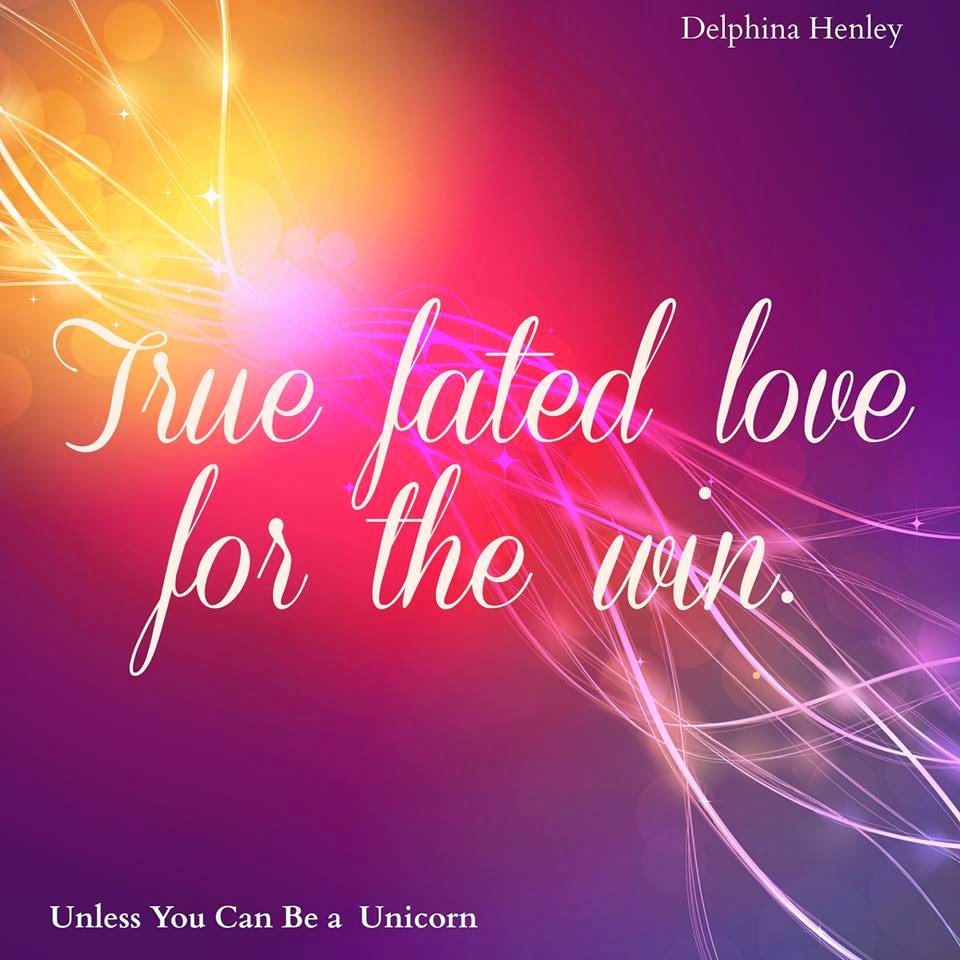 Giveaway: Be sure to enter to win a Ginormous Gift Pack of Awesome including a GC, Books, swag and more :You can check out the prize pack on the FB Release Day Extravaganza page and join the fun!


a Rafflecopter giveaway
Posted by Marissafarrar at 20:57 No comments: