2009 was a pretty good year for the horror/paranormal genre – what with the Twilight saga going from strength to strength, creating a resurgence in the popularity of vampires that we haven’t seen since Lost Boys/Interview with the Vampire days.  The year ended with the movie Paranormal Activity which was quoted as being ‘the scariest horror movie ever’ (which I still haven’t seen – gutted!).

2010 is going to be another good one for horror, etc.  We are  starting the year with a movie called Daybreakers, which is out this month.  It is a vampire movie set in the future where most of the population are vampires and humans are the minority.  It has a good cast; Sam Neill, Willem Dafoe, Ethan Hawke, among them.

In February we see the release of Shutter Island which has the great combination of Leonardo DeCaprio and Martin Scorsese. It is the story of two US Marshall who go to a remote island to investigate the disappearance of an inmate from the islands 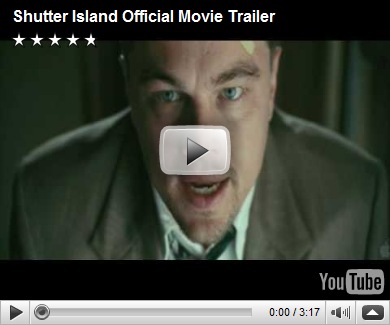 hospital for the criminally insane.  All sounds good to me; I will definitely be looking forward to this movie.

Also this month is The Wolfman.  It has another great cast of Benicio del Toro and Anthony Hopkins.  It looks like the effects are amazing – def one to see! 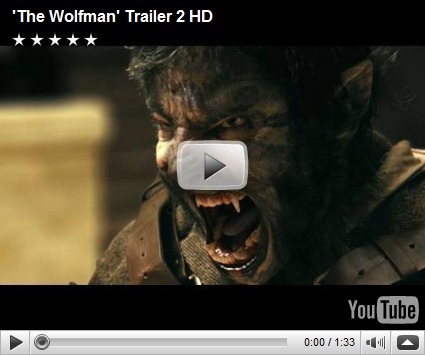 Nightmare on Elm Street is due to be released in April, and all I can say about this one is if something’s not broke, don’t fix it.  I really can’t see how they can improve on the original!

In June we have Eclipse, the third of the Twilight movies.  Now I know this will be eagerly awaited by millions of people, but it just doesn’t do it for me.  While I read Twilight and enjoyed the novel, the movie had me yawning and reaching for my laptop.  Still, I will probably end up seeing, even if it is just to confirm my suspicions that it will be as dull as the first…

In August we have another vampire movie, Priest.  It doesn’t sound like a particularly original storyline – essentially a group of priests track down a group of renegade vampires – but it does have Ge

rard Butler and Paul Bettany in it, so it may be worth a look.

The end of the year brings us a ‘Single-White Female’, type movie with The Roommate. I’ve read mixed reviews, essentially all people seem to be noticing is how hot the girls are in it, but hopefully it will be the ‘psychological thriller’ it promises and not just girls running around screaming in their underwear!

I’m looking forward to being able to head to the cinema when we get back to the UK, especially as I can now insist that leaving my hubby holding the babies while I head off to watch movies is really me ‘working’! (Anyone else think I may struggle to get away with that one..?) Anyhow, I will be sure to give my honest opinion on these movies and I can’t wait to watch some proper ‘hide beneath your seat’ horror!

Posted by Marissafarrar at 19:52