We're up to day eleven of Creepfest, so there is only one more day to go! I hope everyone has enjoyed the hop! Today I'd like to welcome Katie. M John, UK bestselling YA author. Katie's Contemporary Arthurian legend series, 'The Knight Trilogy' was launched in December 2010 with the release of 'The Forest of Adventures' and the subsequent release of 'Immortal Beloved' in 2011. Both books have been in the UK top 10 Amazon charts for Contemporary Fantasy and Fairytales. The final book 'Starfire' is due for release in April 2012.
She is currently working on a stand alone YA novel called 'Beautiful Freaks', a steampunk, Victorian - detective fairytale,  which is due for release in January 2012. She's kindly sharing the first chapter with us today!

Chapter One: London 1899
BOTH the century and its Queen were dying. The winds of change rattled through the streets of the metropolis, leaving its citizens fearful of the coming times. Uncertainty bred suspicion, causing the people to turn to the old ways. Mystics and fortune tellers swarmed out of the city mists, filling the billboard at the now sober dancehalls: Nobody felt like dancing anymore. Gypsies hawked silver charms and lucky heather, and iron-faced preacher-men stood at every corner shouting warnings of damnation. It was a grey world, full of shadows.

The city was a landscape of monsters, both of flesh and brick. Chimneys from a thousand slave factories belched out black smoke; stealing the breath from the lungs and the light from the sky. Workhouses swallowed the poor, asylums the insane. It was amongst this labyrinth of sorrow that Kaspian Blackthorne walked.

He was approaching his eighteenth birthday, although he felt he had been an adult for most of his life. His patron, Doctor Heartlock, was making arrangements for a small private engagement in celebration of the boy’s coming of age. It would be an interesting evening, although not a very exciting one.

Heartlock was a paranormal investigator – had been a paranormal investigator –he was now mostly housebound. For the past three years, the doctor had been confined to a wheelchair, following a serious accident whilst in pursuit of a notorious serial-killer. That was the official story: In truth the doctor had broken his back falling from the roof of a church in pursuit of a werewolf.

Doctor Heartlock had once been a fascinating man to a younger Kaspian, but now his fantastical tales had faded into the sad ramblings of the regretful. The lines between reality and fantasy increasingly blurred to the point Kaspian worried the old man was losing his genius mind.

Heartlock had been a good patron, although perhaps a little lacking in an understanding of childhood. As such Kaspian’s nursery had been a study, his playthings, strange scientific apparatus, and his childhood stories great leather-bound texts on religion and the supernatural. It sometimes seemed Heartlock was set on raising a protégé to carry on his life’s work rather than a young man. As a result, although Kaspian’s upbringing hadn’t been cruel, it had been serious; and although showered in fondness and attention, it had lacked love.

Kaspian pondered his eighteen years as he walked through the evening gloom of the London streets. The rain had forced most people inside, creating the impression that the great metropolis had turned into a ghost town. Kaspian liked walking at times like this. It made him feel as if he were walking through his own silent empire.

Then he saw her.

She was standing under the streetlight, a newspaper held out in front of her as if she were reading it. Kaspian thought it obvious that she wasn’t; she was watching the church on the other side of the cobbled street. He stopped midstride and pulled himself behind a tree; spied on her as she took a pocket-watch from her pocket and flip open the lid. He thought it strange she should read it by placing flat in front of her eyes rather than looking down on it – it was as if she were taking a reading from a compass. Kaspian looked over to where she was watching. The church was empty and he couldn’t fathom what could possibly be of interest. The lights were out, the door locked, and the whole place had the impression of sleeping.

The woman was tall and slender; striking in a slightly over-powerful way. Despite wearing a full, black silk skirt, the fitted waistcoat and black necktie were more manish in dress than ladylike. Kaspian had never seen a woman like her, although he had heard of ‘her sort’ as Heartlock’s companions would say.

When he looked closer, he could see she wore a monocle in her left eye and was at least ten years younger than he’d guessed from the first impression: twenty one was the age he now settled on in his mind.

She must have sensed him looking at her because she turned towards him and, seeing him poking out from behind a tree, smiled. It was a strange reaction to the discovery that someone was spying on you. The boldness of her action unsettled Kaspian in a way he couldn’t quite understand. He bent down, pretending that he had been about to tie his shoelaces. When he was sure she had returned to her own secret observations, he scuttled past her and almost ran all the way to the safety of home.

By the time he pushed open the imposing, black front door, Kaspian carried the strangest sense that something deep within him had changed, and things would never be quite as before.

“Good evening, Kaspian,” Heartlock said, greeting the boy in the hallway. “Is everything alright?”

“Yes, Sir,” he answered, dropping the small pile of string-tied books onto the hall table.

“Did you manage to get all I requested?”

“Yes, all of them apart from the Valentine book. Mr. Foxglove said he was sure he would have it by the end of the month.”

Mr. Foxglove was one of Heartlock’s oldest acquaintances. He ran a bookshop situated in one of Soho’s shadier alleyways. The sign above the door read,‘Rare and Precious Books’ which made it sound almost respectable. In truth, the great leather bound books of poetry and Shakespeare folios were a front for the back room; the place that held real interest for its rather darker clientele.

Although a small narrow front, the shop had a seemingly endless body, giving you the unnerving impression that you were being swallowed by a giant snake. Right at its tail was the occult section. Not only did Mr. Foxglove vendor occult books, but there were also shelves of other strange and curious objects that might appeal to the amateur alchemist or necromancer; glass jars of preserved reptiles, grinning skulls and black candles were amongst some of the more identifiable items.

Kaspian had visited Foxglove’s shop since being a small boy, and he was no longer quite so impressed by its spooky appearance or its owner. Before Doctor Heartlock had had his accident, they had always visited together. When he was little, Kaspian would search out his guardian’s hand and grip it tightly; afraid that the strange Mr. Foxglove might kidnap him and cook him for supper.

Mr. Foxglove had always been ancient; and so paradoxically didn’t seem to age anymore. He wore a glass-eye in his left socket, but as he’d shrunk with age, it had become too big for the socket and now bulged, giving the impression that the eye belonged more to an insect than a man. Even now Kaspian constantly had to remind himself not to be rude and stare at it because he found it totally captivating. Mr. Foxglove had long lost the ability to stride and now shuffled along the stone floor in a pair of velvet slippers. In all of his years visiting, Kaspian had never seen the man wear outdoor shoes.

The occult section of the shop had no windows: As if special precautions had been undertaken to prevent the books disintegrating in sunlight. Before the client entered, Foxglove would shuffle in to the darkness and light the dusty oil-lamps which filled the room with paraffin smoke and cast dancing shadows over the books. As a child, Doctor Heartlock had taken delight in teasing Kaspian about his fears surrounding the shop, telling him that the shadows belonged to the book goblins. Both men would laugh, and although he knew he was being mocked, Kaspian’s imagination refused to give up the idea – and even now, Kaspian found himself looking for the goblins out of the corner of his eye.

Today, Foxglove had already bundled and tied the books and they were sitting on the counter ready for collection. Kaspian was grateful for this; not only did it save him time but it meant not having to visit backroom. The books had been a heavy load to carry and twice he had used them as an excuse to stop and rest; once in a coffee shop and once to spy on the strange woman who now haunted the edges of his thoughts.

Heartlock started to cough, a reaction to the cool early winter air which Kaspian had brought in with him. Heartlock’s aging lungs squeezed and wheezed out breath. It was a sound as familiar now as the sound of his voice.

Heartlock recovered the pile of books from the side table and placed them into his lap before turning his wheelchair deftly one hundred and eighty degrees and wheeling himself back towards the study.

Kaspian let out a deep sigh. The sight of his patron becoming so immobile and decrepit added to the sense of heaviness Kaspian increasingly believed to be attached to the adult world. Even the house, his home since childhood, seemed to fade and peel on a daily basis, as if the whole place was a projection of its master’s state. The dust layer deepened, the gloom spread and Kaspian felt increasingly like he was suffocating.

When Heartlock had been a fit man, the house had been full of fascinating visitors; the sound of hearty laughter and tinkling whisky glasses filled the study, which was a hub of academic and scientific progress. It was amazing how quickly a life could decay.

With each passing month, fewer visitors came. With their absence, there came an absence of cases for investigation and Heartlock faded into anonymity. No longer being an ‘expert in his field’ saddened the old man terribly, but his pride was too strong to admit it. Along with all of this, Kaspian couldn’t help but think he added to the old man’s disappointment. 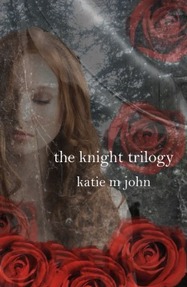 So you thought King Arthur's Knights were just a legend?A myth from the misty veils of time. But what if time doesn't work the way you think it does?What if the magic never died?  For seventeen year old Mina Singer, life is pretty average; college, friends, a slightly eccentric mother, and a long term relationship with the boy next door. But with the arrival of the mysterious Blake Beldevier, Mina learns that not not everything is as it seems and fairytale endings can be fatal.
Book one, The Forest of Adventures can be bought from Amazon.
Posted by Marissafarrar at 13:54