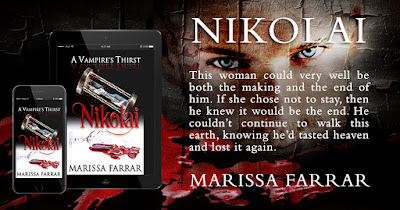 What feels like many months ago now, the fabulous A K Michaels approached me to ask if I would like to join a team of fantastic paranormal romance authors to write in her shared world of A Vampire's Thirst. I was crazy busy at the time with my publishing schedule already booked six months ahead, but I LOVE vampires - they've been a passion of mine since I was a teenager - and I just couldn't bring myself to say no. So I wriggled some stuff around and created some time, and wrote the first in my Vampire's Thirst books, Nikolai, which will be out on the 13th of March! 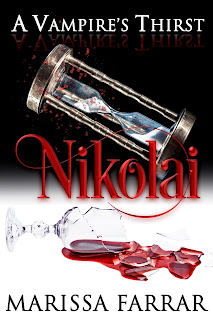 You can pre-order now for only $2.99 from the following places and keep reading if you'd like to read the first chapter! 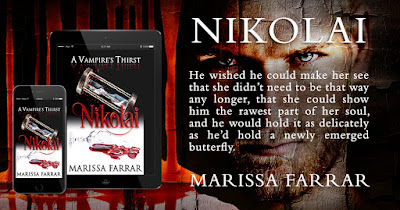