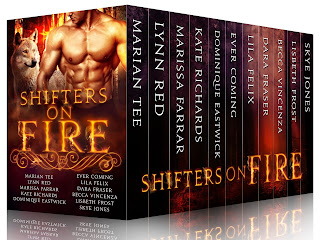 Shifters are passionate at the best of times, but at their most intense… Let’s just say you might not need the extra blankets when you read these stories. 11 new BBW shifter stories featuring USA Today and New York Times best-selling authors! Spend a night (or several) with your wildest and hottest dreams, played out in these steamy stories about big, beautiful women and the shifters who need them. This menagerie of lions, tigers, bears, wolves, and more is busting at the seams! Featuring Marian Tee — The Alpha’s Courtship Lynn Red — Can’t Quit Lion Marissa Farrar — Wolf Snatched Kate Richards — Evening at Animal’s Dominique Eastwick — Bear With Me Ever Coming — Breathless For Her Bear Lila Felix — Alpha Mine Dara Fraser — Lion to Herself Becca Vincenza — Alpha Protecting Lisbeth Frost — Encounter in the Jungle Skye Jones — Bear With a Sore Head

Available from Amazon for only $0.99! Grab it now! 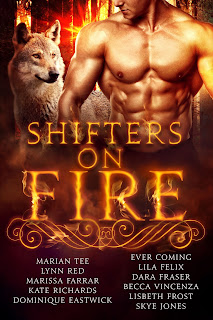 Keep reading for a super-hot except from my novella, Wolf Snatched!


He bent down and placed his face beside hers to speak low in her ear. “No, I plan for you to mate me.”

(All rights reserved, Marissa Farrar 2016)
Posted by Marissafarrar at 12:13