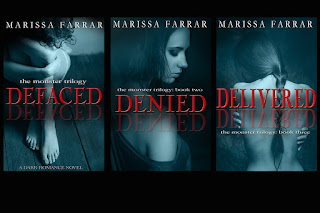 Although 2016 has been a pretty terrible one in many respects, I'm happy to say it's been a good one for me and my writing, and I'll be leaving 2016 in a great place. Only a week ago, the boxed set for my vampire Serenity series hit the top one hundred best seller list overall, and number thirty-three on the bestseller list over at Barnes and Noble. In the last week, the book has sold almost four thousand copies, which has been incredible. You can still grab it for $0.99/£0.99 if you haven't already!

As well as writing, I had a couple of fantastic events which I attended - the second birthday party for the facebook group THE Book Club (if you're not a member yet, give me a shout and I'll add you). This group has been so supportive over the last twelve months, and at the party I got to meet some fantastic readers, and authors who I've only ever met online (including the lovely Mel Comley who was one of my first author friends), and the queen of THE Book Club, Tracy Fenton, herself!

In total this year, I've managed to publish another six books. I started the year with Denied, and Delivered, the final two books in my dark romance 'Monster' trilogy, which takes inspiration from Beauty and the Beast.

I was then thrilled to join the team of authors writing the Blood Courtesans books, and wrote my own novella, Stolen. I also released the boxed set Three which contains three of my contemporary novels.

Finally, I wrote and released the first book in my new Mercenary series, Skewed. I wrote book two, Warped as well, which will be out on the 26th of January.

On top of the novels, I also published a couple of audiobooks, plus had stories included in boxed sets and anthologies - Shifters and Spice boxed set (which is currently on kindle countdown sale), the horror anthology '13' from Limitless Publishing, and the anthology Sexy just got Kinky from the Brit Babes.

As you can see, it's been a busy year!

I'll have a brand new pnr novella included in a boxed set in the spring, plus there is another '13' horror anthology which will be released in 2017. I'm also planning on writing another Blood Courtesans book, which will following a couple of the characters from Stolen.

For my own books, my main focus for the start of the year will be on my Mercenary series. Warped is out on the 26th of January and is already up for pre-order, and I plan to start writing book three (title as yet undecided) as soon as possible. I have a couple of sexy shifter novellas which are stand alone series books, which I would like to get out at some point in 2017, and then I plan on starting a brand new urban fantasy series, The Mind Movers. I actually have about 20,000 words of the first book already written, as I started writing it as a novella for a boxed set, but then it got bigger and bigger, and I realised the story was far too big to ever fit into a novella!

At some point this year, I would love to take the time to write something a little different for me. I have two works in progress - a post apocalyptic story, and a paranormal thriller - and so would love to work on one of these. I think it's good to work the writing brain by writing something completely different every now and then!

And that's about it from me! I hope you have a wonderful new year, and wish you much success and happiness for 2017!

Posted by Marissafarrar at 15:11